As a British born Nigerian, Hassan Aliyu graduated with a BA in Fine Art  at the internationally renowned Ahmadu Bello University Zaria, Nigeria; where he received the Nigeria Arts Council prize for best final year student in fine art (1986). An established artist with a career spanning over three decades, Hassan’s work is widely exhibited, commissioned and collected across Europe, North America and West Africa. His paintings adorn a number of titles in the Heinemann African Writers Series. Hassan works from his studio in Rainham Essex (UK) where he also runs a private gallery which showcases African diaspora art. He is the founding president of the Nigeria Art Society UK (NASUK). Most recently NASUK held a seminal exhibition entitled Legacies of Biafra at the Brunei Gallery, London.  The exhibition was curated by Dr Louisa Uchum Egbunike and organised in partnership with the Igbo Conference, the School of Oriental & African Studies and City, University of London.

During the formative years of Hassan’s art career, he established a growing reputation as an emerging talent on the vibrant Lagos art scene. He was noted for his unique painting style characterised by line, vivid colour and impasto. An avid draughtsman and composer, his work is both engaging and dynamic; with themes predominantly centred around post-colonial and diaspora experiences. On returning to the UK in 1990, Hassan worked at the Caribbean Crafts Circle in Shepherds Bush, London where he maintained a Black Art Archive. Following this, he took up a role as curator of the 198 Gallery in Herne Hill, London. He also ran the Norwood Art House community art project, South Norwood London. Subsequently, Hassan worked as an art tutor as well as an independent curator.

“The sources of Hassan’s work both historical and contemporary, are often metaphors for wider themes of race and change. The sheer dynamism of Hassan’s work is particularly clear. He binds energy and movement in paint producing vibrant images that fascinate and provoke. With references in technique to the dynamic images of the Italian Futurists, Hassan elucidates themes and issues with an absorbing lyricism and energy.”  – Mark Bills, Curator, Russell Coates Museum and Art Gallery, Dorset, UK 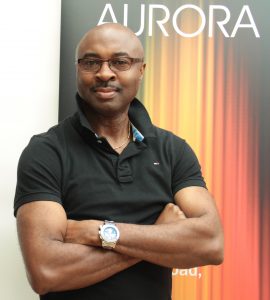